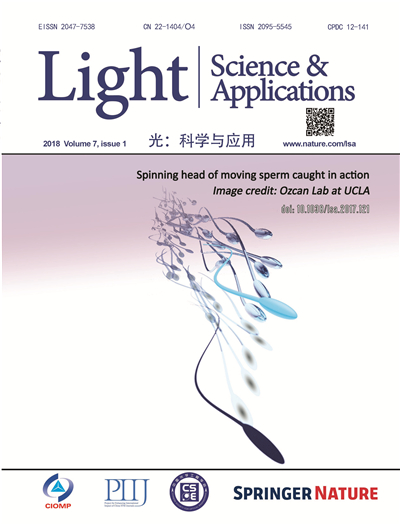 Article views(33) PDF downloads(1) Citation(0) Citation counts are provided from Web of Science. The counts may vary by service, and are reliant on the availability of their data.

Abstract: Cross-gap light emission is reported in n-type unipolar GaN/AlN double-barrier heterostructure diodes at room temperature. Three different designs were grown on semi-insulating bulk GaN substrates using molecular beam epitaxy (MBE). All samples displayed a single electroluminescent spectral peak at 360 nm with full-width at half-maximum (FWHM) values no greater than 16 nm and an external quantum efficiency (EQE) of ≈0.0074% at 18.8 mA. In contrast to traditional GaN light emitters, p-type doping and p-contacts are completely avoided, and instead, holes are created in the GaN on the emitter side of the tunneling structure by direct interband (that is, Zener) tunneling from the valence band to the conduction band on the collector side. The Zener tunneling is enhanced by the high electric fields (~5 × 106 V cm−1) created by the notably large polarization-induced sheet charge at the interfaces between the AlN and GaN.