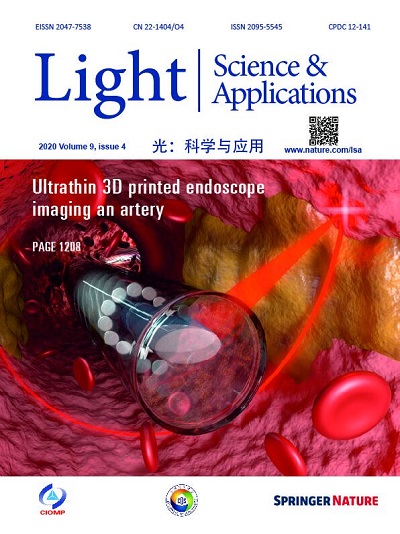 Article views(116) PDF downloads(2) Citation(0) Citation counts are provided from Web of Science. The counts may vary by service, and are reliant on the availability of their data.

Abstract: The study of topological phases of light underpins a promising paradigm for engineering disorder-immune compact photonic devices with unusual properties. Combined with an optical gain, topological photonic structures provide a novel platform for micro- and nanoscale lasers, which could benefit from nontrivial band topology and spatially localized gap states. Here, we propose and demonstrate experimentally active nanophotonic topological cavities incorporating III–V semiconductor quantum wells as a gain medium in the structure. We observe room-temperature lasing with a narrow spectrum, high coherence, and threshold behaviour. The emitted beam hosts a singularity encoded by a triade cavity mode that resides in the bandgap of two interfaced valley-Hall periodic photonic lattices with opposite parity breaking. Our findings make a step towards topologically controlled ultrasmall light sources with nontrivial radiation characteristics.