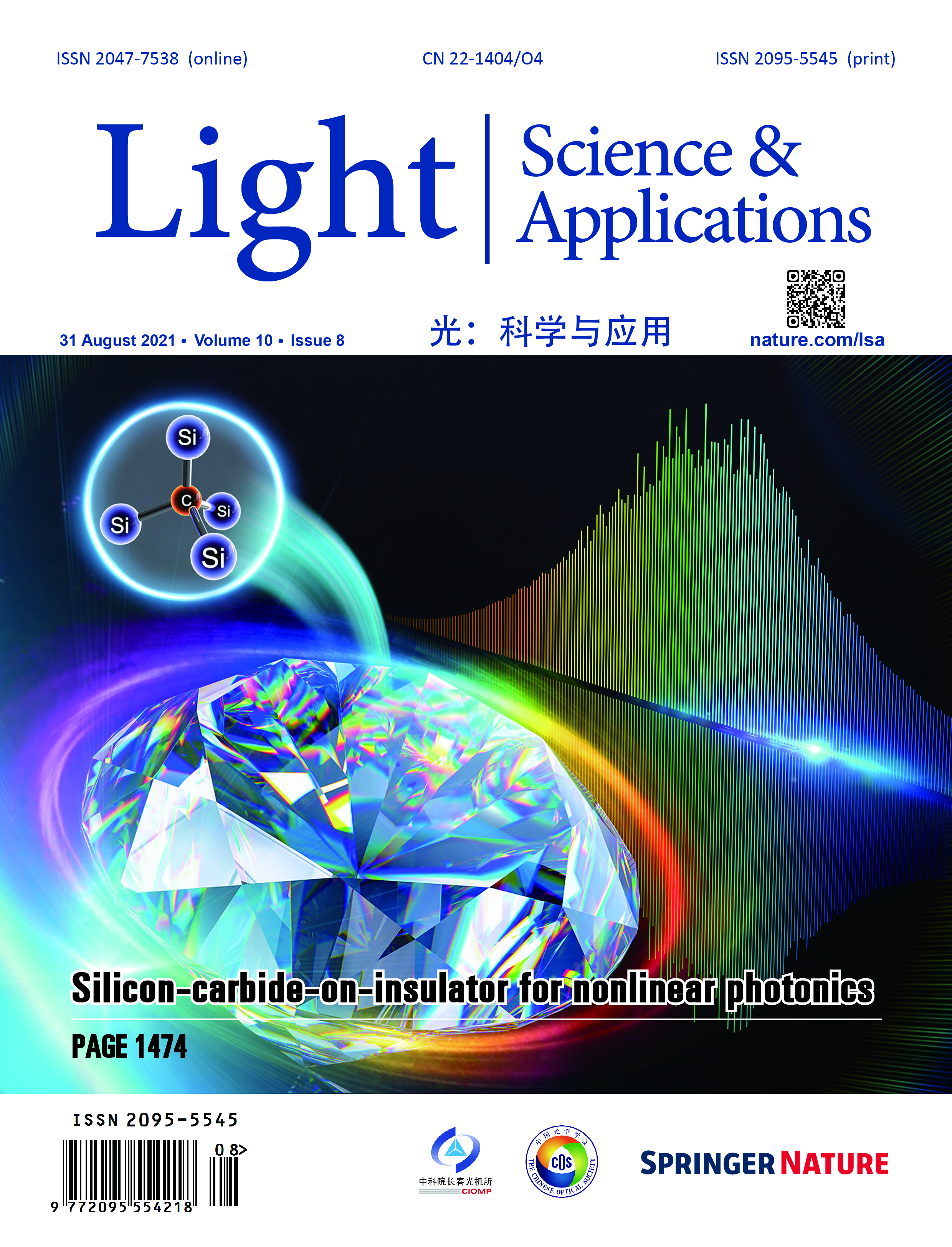 Article views(65) PDF downloads(4) Citation(0) Citation counts are provided from Web of Science. The counts may vary by service, and are reliant on the availability of their data.

Abstract: Transparent glass has been identified as a vital medium for three-dimensional (3D) optical information storage and multi-level encryption. However, it has remained a challenge for directly writing 3D patterning inside a transparent glass using semiconductor blue laser instead of high-cost femtosecond laser. Here, we demonstrate that rare earth ions doped transparent glass can be used as 3D optical information storage and data encryption medium based on their reversible transmittance and photoluminescence manipulation. The color of tungsten phosphate glass doped with rare earth ions change reversibly from light yellow to blue upon alternating 473 nm laser illumination and temperature stimulation, resulting in the reversible luminescence modulation. The information data could be repeatedly written and erased in arbitrary 3D space of transparent glass, not only showing the ability of the excellent reproducibility and storage capacity, but also opening opportunities in information security. The present work expands the application fields of luminescent glass, and it is conducive to develop a novel 3D data storage and information encryption media.